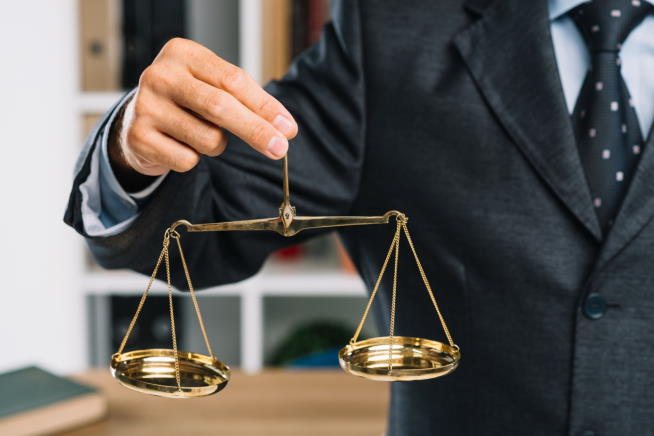 In late March of this year, the Office for Competition and Consumer Protection (the “OCCP”) announced the issuance of its Guidelines regarding fines for engaging in anticompetitive practices. Much higher potential fines for longer-lasting anticompetitive practices and the option for the OCCP to increase a fine calculated on the basis of the Guidelines are among the most important changes. There are indications that not only will the changes result in toughening the fines imposed by the OCCP, but they may also reduce the transparency of the Office’s sanctioning actions.

The basis for the fines imposed by the President of the OCCP for engaging in practices restricting competition (understood as anticompetitive agreements and abuses of dominant positions) is Article 106 of the Act on Competition and Consumer Protection of 16 February 2007 (the “Act”). Article 106 of the Act sets a maximum cap for fines at the level of 10% of an undertaking’s turnover in the year preceding the imposition of the fine. The statutory criteria for determining penalties in specific cases are set forth in Article 111 of the Act.

A practical supplement to Article 106 of the Act are the OCCP’s “Guidelines regarding fines to be imposed on undertakings for practices restricting competition.” While they have no legal effect, the Guidelines provide further clarification on the process of calculating fines within the Act’s maximum level, taking into account the criteria for the statutory amount of a fine. The Guidelines are useful for undertakings who have been charged by the OCCP for anticompetitive practices as they assist in the estimation of a level of an expected fine in terms of the nature of the violation, its duration and the circumstances (both mitigating and aggravating) of each case.

The changes announced recently by the OCCP involve replacing the version of the Guidelines in effect since the beginning of 2016 (the “2016 Guidelines”) with an updated version (the “2021 Guidelines”), which will apply to cases in which the OCCP has issued a statement of objections after 5 April 2021.

Among the most important changes to the scope of the fining rules are those set out below.

Changes in assessing the nature of the infringement

The starting point for determining the amount of a fine in accordance with the 2016 Guidelines has been a breakdown into three categories in terms of the nature of the infringement, each with an appropriately high turnover cap as the basis for determining the fine. The categories are: very serious infringements; serious infringements; and other infringements. The 2021 Guidelines introduce certain changes to these three categories. These changes modify the policy for fining undertakings for engaging in anticompetitive practices to be in line with the rules of imposing fines for similar infringements by managers (here, we refer to the July 2020 “Guidelines on the manner of calculating fines for managers pursuant to Article 106a and 111 of the Act on Competition and Consumer Protection” ).

Decrease of the importance of mitigating and aggravating circumstances

For further clarity, it is worth noting that the 2021 Guidelines decrease the importance of the circumstances of the infringement (both mitigating and aggravating) in determining the amount of a fine. Under the new rules, the amount of a fine determined at an initial stage of the fine process may be increased or decreased at this point by no more than 50% (rather than by 80%, as in the case of the 2016 Guidelines).

Changes in the fining rules concerning the duration of an infringement

In the new Guidelines, the OCCP significantly expands its ability to increase fines for the longevity of a practice (from a maximum of 200% for anticompetitive agreements and a maximum of 100% for abuses of a dominant position), removing any caps and limits in this regard. In light of the new Guidelines, taking duration into account will involve multiplying the base amount of the fine (determined earlier in the application of the Guidelines) by the number of full years during which the undertaking engaged in the practice (if the undertaking engaged in the practice for more than 6 months in the last year of the existence of the infringement, the 0.5 multiplier shall be added to the number of full years). This means that for infringements lasting more than 2 years, the base amount will be increased by more than e.g., 200 percent, which had been the upper limit of the increase under the 2016 Guidelines. However, this solution is similar to that adopted in the above-mentioned July 2020 Fine Guidelines for managers.

In addition to raising (with no actual limit, save the statutory limit of 10 percent of a company’s turnover) the maximum increase of a fine at this stage, the 2021 Guidelines also remove the distinction between the previously separate caps on penalty increases for anticompetitive agreements and for abuses of a dominant position (according to the previous Guidelines, that distinction was made because restrictive agreements are often secret, resulting in the likelihood that the ”particularly harmful” effects would remain on the market for a longer time than would “particularly harmful” forms of abuses of a dominant position).

The 2021 Guidelines also removes the obligation for the OCCP to provide an economic explanation of the reasons for increasing a fine for longer-lasting infringements (under the 2016 Guidelines, increasing a fine at this stage was justified solely if the length of an infringement resulted in multiplying its negative effects, in particular, if it affected the level of benefits obtained by the infringing undertaking or the amount of damage incurred by other market participants).

In this context, it appears that the changes being introduced result not only, as the OCCP maintains, in improving the transparency of its actions, but in an automatic increase of fines regardless of the type of infringement and the potential effect or absence of an effect on the market.

Changes to fines calculated in accordance with the 2021 Guidelines

A new element in the 2021 Guidelines (in addition to the existing option to impose a particularly low fine) is the option of imposing an extraordinary increase of a fine in a situation in which a fine determined in accordance with the Guidelines “would have been too low, in the opinion of the President of the Office, to serve its purpose” (e.g., grossly disproportionate to the undertaking’s total turnover or to the scale of its operations).

This approach appears to be fairly controversial and contradicts the stated purpose of the Guidelines regarding fines, which is clarity and transparency of the OCCP’s policy and predictability in fining undertakings. It appears that the 2021 Guidelines at every stage of calculating the penalty (determining the nature of the infringement, market environment, duration of the infringement and numerous mitigating and aggravating circumstances) give the OCCP numerous opportunities to “adjust” a fine to the circumstances of the infringement and to the economic situation of an undertaking. In this context, it is important to assess the OCCP’s new ability to arbitrarily increase a fine calculated in accordance with the Guidelines. It challenges the role of the Guidelines themselves as an instrument defining a coherent policy for sanctioning companies accused of engaging in ant-competitive conduct.

Will fines be higher and less predictable?

Issuing new Guidelines regarding fines is certainly an example of the exercise by the President of the OCCP’s powers to shape the policy for sanctioning undertakings for anticompetitive conduct. A noticeable feature of the changes being introduced is the aim to increase fines. This is illustrated by the new mechanism for multiplying them in proportion to the duration of a given infringement (without introducing any other limits in this regard, without making the penalty increase dependent on the market effects of a practice for which the penalty is being imposed and without specifying the practice for which the penalty is to be imposed – a restrictive agreement or an abuse of a dominant position, as stipulated in the 2016 Guidelines).

The introduction of an additional element of arbitrariness for the President of the OCCP to the new Guidelines appears to be much more concerning than the aim of increasing fines. It involves, among other things, an option to increase any fine determined in accordance with the 2021 Guidelines (drafted, after all, by the OCCP) due to the vague and relatively cryptic criteria such as finding that a penalty is “too low to serve its purpose” (e.g., grossly disproportionate to the undertaking’s total turnover or the scale of its operations). I believe that this change unnecessarily diminishes the importance of the 2021 Guidelines and, despite the OCCP’s earlier statements, may lead to making the fining policy less open and transparent, which may be unfavourable for the market as a whole.