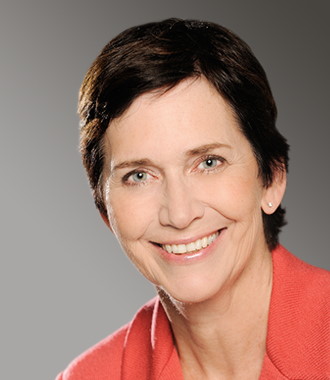 Dorothy Hansberry-Bieguńska offers unparalleled experience and perspective having worked as a lawyer and senior executive on both sides of the Atlantic. She understands the outlook of regulators from her experience as a senior litigator in the U.S. Department of Justice’s Antitrust Division and as an advisor to several Competition Authorities in Central Europe. As a general counsel and executive of large media companies, she understands companies’ challenges in complying with competition laws. As a senior partner in a leading Polish law firm, she built and led a competition practice team that obtained the first leniency decisions in Poland.

She brings proven experience covering a range of industries including payment card services, food and drink, cement, large retailers, airlines, insurance, consumer goods, energy, forest products, pharmaceuticals, and media. The list of The Firm’s clients over the years has included a wide range of European, US and Chinese-based corporations and associations. In addition, she has forged strong and seamless working relationships with many international and national law firms as cooperating partners.

Ms. Hansberry-Bieguńska began her legal career with the Antitrust Division of the U. S. Department of Justice, where she worked from October 1980 to May 1996. As a senior trial attorney for the Division, she investigated and prosecuted violations of the US antitrust laws. Ms. Hansberry-Bieguńska represented the Department of Justice in numerous trials, both civil and criminal, in federal courts throughout the US. She led litigation teams of lawyers, investigators, economists and industry experts.

On behalf of the US Department of Justice Ms. Hansberry-Bieguńska advised and lectured on competition law and investigative techniques to government agencies and competition offices in Bulgaria, Czech Republic, Estonia, Latvia, Lithuania, Russia, and Slovakia in the early 1990s. From March 1994 to August 1995, she was the resident legal advisor in the Polish Competition Office.

After moving to Poland in 1996, Ms. Hansberry-Bieguńska worked for a number of years as the general counsel and vice president of UPC Polska, a leading national media company. She went on to acquire invaluable management experience as the chief operating officer of Canal Plus, a DTH and program provider in Poland.

Rounding out her experience, Ms. Hansberry-Bieguńska was a senior partner in Wardynski & Partners, a Polish law firm, where she built and led the firm’s competition team.

In addition to designing and supporting litigation strategy for her clients, Ms Hansberry-Bieguńska provides litigation training to lawyers and law students.

Since October 2015 through September 2020, she was the Chairperson of the Irish Polish Chamber of Commerce. As of October 2020, she is a member of the Chamber’s board.

Ms. Hansberry-Bieguńska, has been widely recognised internationally and nationally by Who’s Who of Competition Lawyers, Chambers & Partners, Legal 500, PLC Which Lawyer, and in two editions of Global Competition Review’s “Women in Antitrust.”

According to Global Competition Review, “Hansberry-Bieguńska’s reputation is unimpeachable among the country’s antitrust lawyers”.